Home » Blog » A Guide To Buying A Chainsaw
Blog

A Guide To Buying A Chainsaw

Buying the right chainsaw can mean the difference between getting your work done quickly and easily and ending up with a machine that needs constant readjustments. What’s the right chainsaw? While we can’t specifically say what’s the right chainsaw is for any one person, we can give our readers some general guidelines for buying a chainsaw that’s right for them. Below are some things that consumers are going to want to think about when choosing a new chainsaw.

One of the first things that anyone looking to cut wood is going to need to consider is what kind of tool would be best for the job. Are they better off buying a new chainsaw, or should they buy a branch cutter or a pole saw? Below is an explanation of the difference between these three devices that should help everyone decide which one of them might be the best for their yard work.

A standard chainsaw is a machine that’s made for heavy wood cutting. It doesn’t matter if it’s an electric corded model, an electric cordless model, or a gas-powered model. Standard chainsaws are designed to cut down entire trees, huge limbs, and other tough jobs. Now don’t get us wrong, that doesn’t mean it can’t be used for smaller jobs, it’s just that it’s more suited for heavier jobs.

Branch cutters feature a set of jaws that allows it to be used much like a pair of scissors on a tree branch. The consumer only has to get the branch between the jaws of this device and bring it together like there were using a pair of scissors and this device will hold and cut the branch at the same time. It works well for cutting branches, but it is limited by the size of the branches that it’s capable of cutting.

As their name so succinctly implies, pole saws are just small chainsaws that are mounted on an extension pole. This gives the user an extended reach and allows them to cut down smaller tree limbs that might otherwise be beyond their reach. Pole saws don’t work very well for large branches, but some of them are versatile and allow the saw to be removed from the pole and used as a regular chainsaw.

If the consumer does determine that they need a chainsaw and not a branch cutter or pole saw, then they’re going to want to think about some of the features they need to consider. Although there are a ton of different chainsaw models, there isn’t the best chainsaws for a person to consider. There is only the chainsaw that fits their needs the best. 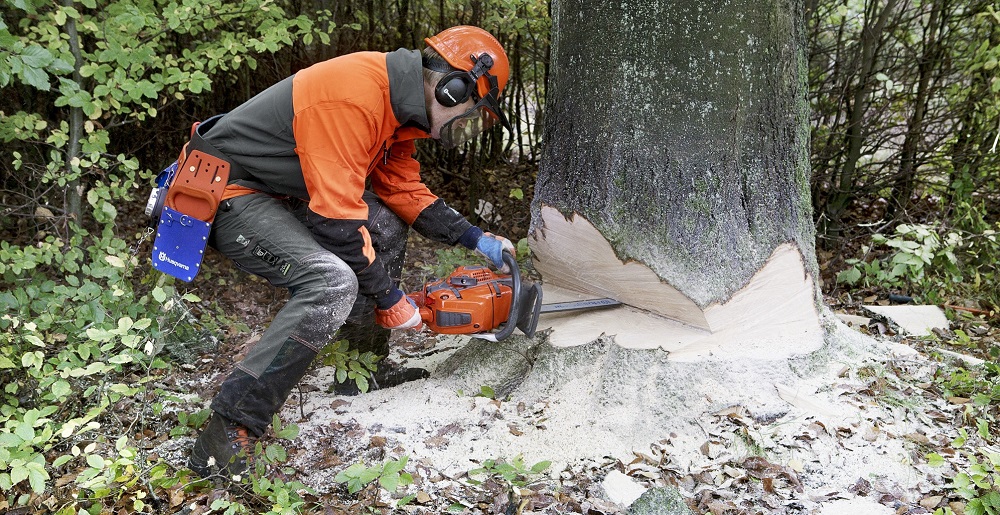 When considering a chainsaw, the consumer is going to want to decide whether they need a gas-powered, battery-powered, or an electric chainsaw. Each of these chainsaws has its strengths and weaknesses, so the consumer should think about it seriously before they commit to one.

Gas-powered models don’t have an extension cord that limits their range, and they don’t require the constant recharging of Lithium batteries. All the consumer has to do is make sure they have enough gas in the chainsaw and they have a limitless usage range. If they have to walk 50-miles into a forest to cut a tree, it’s no big deal because the chainsaw will be ready to perform—as long as there’s gas for it.

A corded electric chainsaw doesn’t require gasoline because it has an electrical cord that plugs into the nearest outlet. Of course, since it uses an extension cord, the consumer is limited to the length of the cord and their proximity to an outlet. It also means, however, that the consumer doesn’t have to worry about charging batteries or refilling a gas tank.

Cordless chainsaws use a Lithium-ion battery for power. These chainsaws have a range of gas-powered models, but they often lack the power of their gas cousins. They also tend to only run for a little while before the battery has to be swapped out for a fully charged battery.

Other Features To Consider

Now that we’ve covered the basics, it’s time to turn our attention to some of the more important features for the consumer to consider. Although not everyone will need every single one of the following features, they should keep them in mind, so they can come closer to finding a chainsaw that best serves their needs.

Another important feature that makes the chainsaw safer to use is a chain brake. A chain brake is designed to stop the chain if the saw comes across something it can’t cut or moves against it. Models that are equipped with a chain brake also give the consumer to engage that brake as needed.

A machine with a tool-less adjustment can be adjusted as needed without the consumer having to carry specialized adjustment tools with them. This allows the consumer to make changes on the fly and while they’re out in the field cutting wood.

Kickback bars and chains help to reduce the likelihood of the business end of the chainsaw being pushed unexpectedly back against the user. Notice that we said that this reduces the likelihood of this happening and that it doesn’t eliminate this threat.  Although this is a good feature that makes the chainsaw safer to use, it doesn’t completely eliminate the possibility of kickback, so the consumer should take whatever steps they need to prevent that from happening.

Removing Mold & Mildew From The Home